Views from the Frontline on Disaster Risk Reduction

The 2019 VFL approach focus on the deployment of a local (people-oriented) monitoring system that will contribute towards the tracking of the progress of the Sendai Framework for Disaster Risk Reduction (SFDRR) with efforts towards building coherent in the monitoring of other related global frameworks indicators including; (1) Agenda 2030 and the Sustainable Development Goals (SDGs), (2) the Paris agreement (COP 21) on climate change, (3) the New Urban Agenda and (4) the Agenda for Humanity.

Results from this project is expected to guide DRR and resilience building awareness amongst community members. As such VFL reports identify factors that drive everyday disasters and create awareness amongst communities on the importance for them to build community resilience actions against disasters. Communities are made to know that apart from government, NGO and CSO’s they too are important partners to disaster risk reduction and resilience building.

The project also hopes to build systematic collaboration between governments, at risk people, and civil society in the design and implementation of Disaster Risk Reduction and resilience policies and practices. It is within this framework that Cameroon National Advisory Committee (NAC) was put in place during the workshop to provide advice to the National Coordinating Organization (NCO), and implementing partner organizations during the project period. The Committee is also responsible in supporting the selection of at-risk areas and communities to concentrate the VFL 2019 work, build a strong working spirit among the NCO and NAC members that should facilitate the proper realizations of the project. These results were attained during the workshop as NAC members identified the risk areas and communities as well as identify means to work as a team

At a time when government is scrupulously pursuing its policy of realizing major infrastructural development projects that should contribute to her 2035 emergence vision, VFL 2019 project could be considered an important component in awareness raising towards risk  mitigation and disasters reduction and how to ensure the mainstreaming of DRR into major development projects in the country. 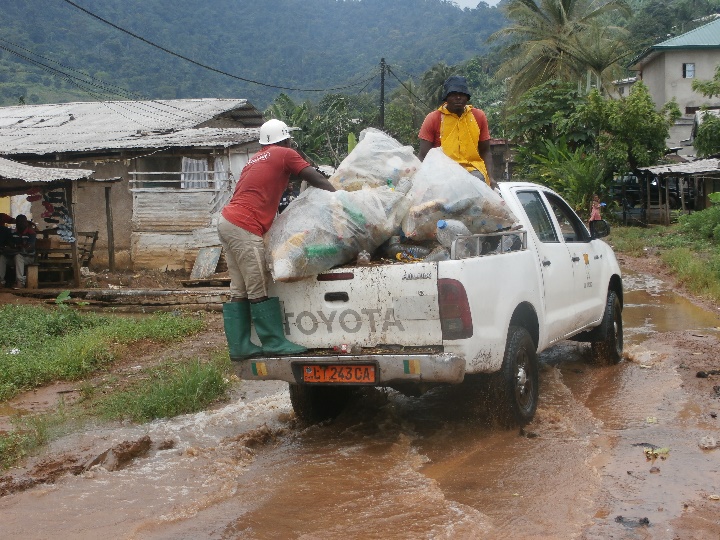 (Last Updated On: February 23, 2022)As part of celebrations marking this year’s world environment day, GEADIRR sensitized the local population within the Limbe Municipality on the importance of avoiding pollution; air, rivers/sea and land. The Read more…