On Sunday 26th June 2011, a flash flood occurred in Melen 3 Yaoundé. This came about as a result of less than an hour of an intensive downpour.  This flash flood lasted for over 4 hours after the rainfall. It’s caused damage to household properties leading to inhabitants of this affected segment of Melen to stay out of the home during the heavy rains and 4 hours after the rains to permit the situation returns to normal.

This area been noted for persistent flooding over the years during raining seasons. The height of water steadily surpasses the previous year’s situation. An interview with a resident of the area recounts her experience with flooding in this area. “It is imperative for government to do something about this and of course urgently”. The population in this quarter has been suffering from this for a long time now and the situation keeps aggravating.

“Since my stay here we were never experiencing floods during the rainy season. But we recognize the fact that there is a big gutter down there (100m from here) so waters coming down usually flows into the big gutter” Madam Quendoline a resident said. A few years later after the construction of the house close to the big gutter which as well blocks the water path of all waters coming down to empty into the big gutter, houses closer to this house started experiencing floods during the rainy season. Others now find water oozing out from their floors and some floors are noted to be sinking. That is why we now find abandoned houses by those who are capable of affording other alternatives. While people have been suffering down there, the floods turn to be increasingly moving upward and for the past three years, I have been one of the victims. I have also noticed that as days go by the amount of water entering the houses have been increasing. The rate of increase as I can say is alarming because the first year that water entered my house it was not up to my kneel level and the second year it was above my kneel but the last one was slightly above my navel. As a fast remedy, I have decided to up-lift the floor of my house so that the amount of water entering the house should be greatly limited. Others as you can see have placed sandbags to block water from entering their houses and some bags serve as pathways to their houses during heavy rains. Others have constructed concrete walls around their houses to limit water entering.

This problem is a call for concern to the government in general, the population and the local inhabitants in particular. We had a meeting with the traditional chief about this in the presence of the local government authorities and as one of the recommendations, all houses without local government approval for construction will be demolished and a road will be constructed with good water channels that will lead water into the big gutter and the banks of this gutter will be reinforced with concretes. Three years have passed since we had this meeting, but no trace of work has been seen since after these promises. 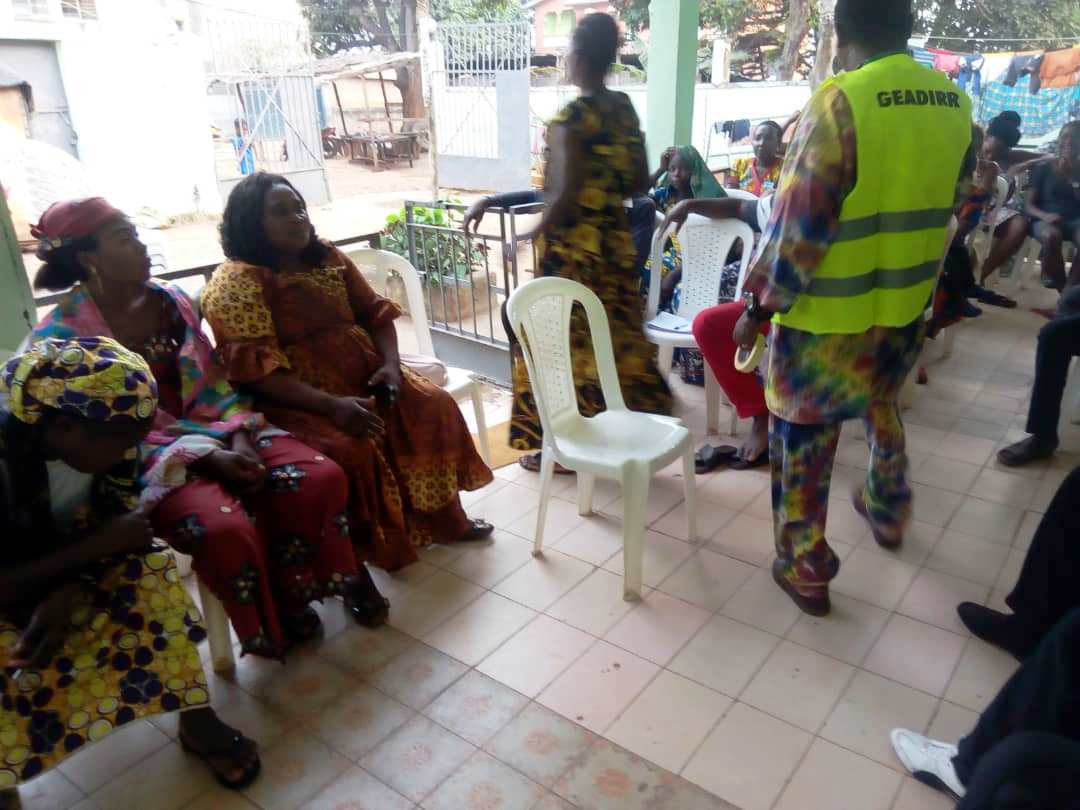 Community Resilience Building in the City of Limbe

(Last Updated On: February 23, 2022) Several activities have been carried out over the years to support vulnerable populations living in landslide and flood risk communities in the Limbe Southwest region of Cameroon. This video Read more…