As part of celebrations marking this year’s world environment day, GEADIRR sensitized the local population within the Limbe Municipality on the importance of avoiding pollution; air, rivers/sea and land. The targeted audiences were inhabitants of the Unity quarter and those living close to and along the Atlantic coast which are faced with mass wasting each year triggered by heavy rains. The hill slopes are relatively unstable due to the pyroclastic nature of the soil from Mt-Cameroon’s historical volcanic events. GEADIRR is working with the local community on tree planting exercises as an approach to keep the hill slopes stable and contribute to air pollution mitigation and other related issues.

The landslide has been reported several times over the last two decades in the city of Limbe with a number of casualties recorded. The most slope of >300 with people inhabited has resulted in several instances of landslide incidences in and around the city. Rainfall of high intensity and sometimes prolonged over several days has been the main trigger of these landslides coupled with human activities which exposed the population to landslides through increasing the level of vulnerability. Limbe is located in one of the rainiest parts of Cameroon, closer to Debundcha with a record>4000mm. Away from the main city of Limbe to other settlements along the Cameroon coast in the west flank of the Cameroon mountain, the area is plainer with limited hill slopes and therefore a more reduced risk of the landslide as compared to Limbe city which is sometimes exacerbated by the increasing human populations.
The increasing destruction of natural buffers of sea waves continuously beats the shores. In the process of the wave actions coupled with anthropogenic activities, the shores are getting more exposed in some localities with signs of rapid destruction of the mangroves ecosystem which acts as natural buffers to sea waves. The local population were sensitized to the importance of preserving this natural environment for the good and benefit of nature and man.

This year’s celebrations have taken into consideration the need for preparedness and moving from disaster risk management to risk management as preemptive approaches to avoiding unforeseen circumstances.
Effective collaboration between the local community, local government and civil society organizations would lead to better achievement of the SDG’s overarching goal of leaving no one behind. 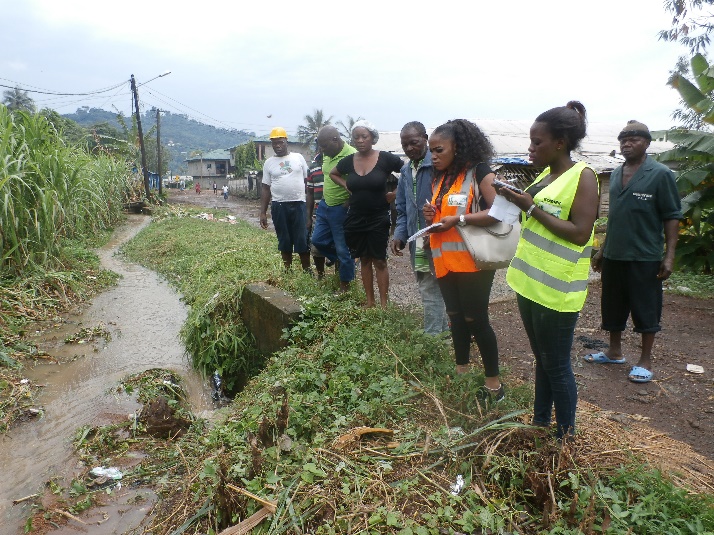 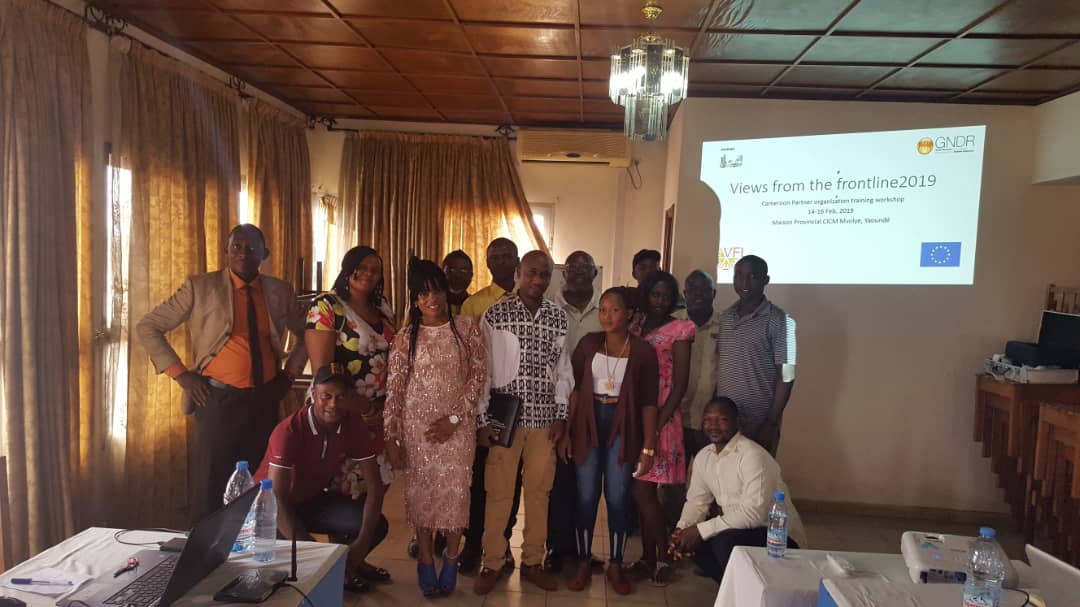 Partner Organizations trained on; 2019 Views from the Frontline on Disaster Risk Reduction in Cameroon.